@kurisu.cos reached out to me back in the end of December/early January to do a Final Fantasy XV shoot with the full group of chocobros. However, it was really difficult to plan a shoot around everyone’s schedule so it was put on hold. We were almost able to shoot together at Anime Los Angeles, but it still didn’t work out. We were finally able match up everyone’s schedules in February, but this time it was Final Fantasy VII. I had fellow photog @yo_ernie and his girlfriend as my assist, and I am quite happy with this set! Hope you enjoy these photos! 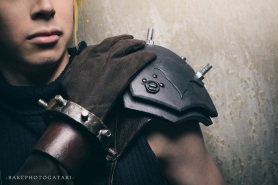